Anna Atkins merged the realms of science, art and technology in the Victorian era and is considered the earliest figure to publish a book illustrated with photographic images – botanical photographs to be exact, which were the first in history to see the light of day.

While women have been gaining momentum in the fields of science, technology, engineering and math (STEM), this was certainly not the case in centuries past. Women in the Victorian era were not permitted to be practicing scientists, were unable to conduct research, present their work or secure admission across scientific communities.

In the nineteenth century, botanist and artist Anna Atkins established photography as an accurate medium for scientific illustration, study and documentation. She combined art, science, natural history and technology into the realm of printing.

During her time, botanical documentation was relegated to traditional printing presses, engravings, etchings and woodcuts, which did not produce accurate reproductions and presented notable errors. Some collectors went as far as creating books full of dried botanical specimens in the form of herbaria guides, although the ephemeral botanical matter was known to be fragile and quite difficult to distribute. 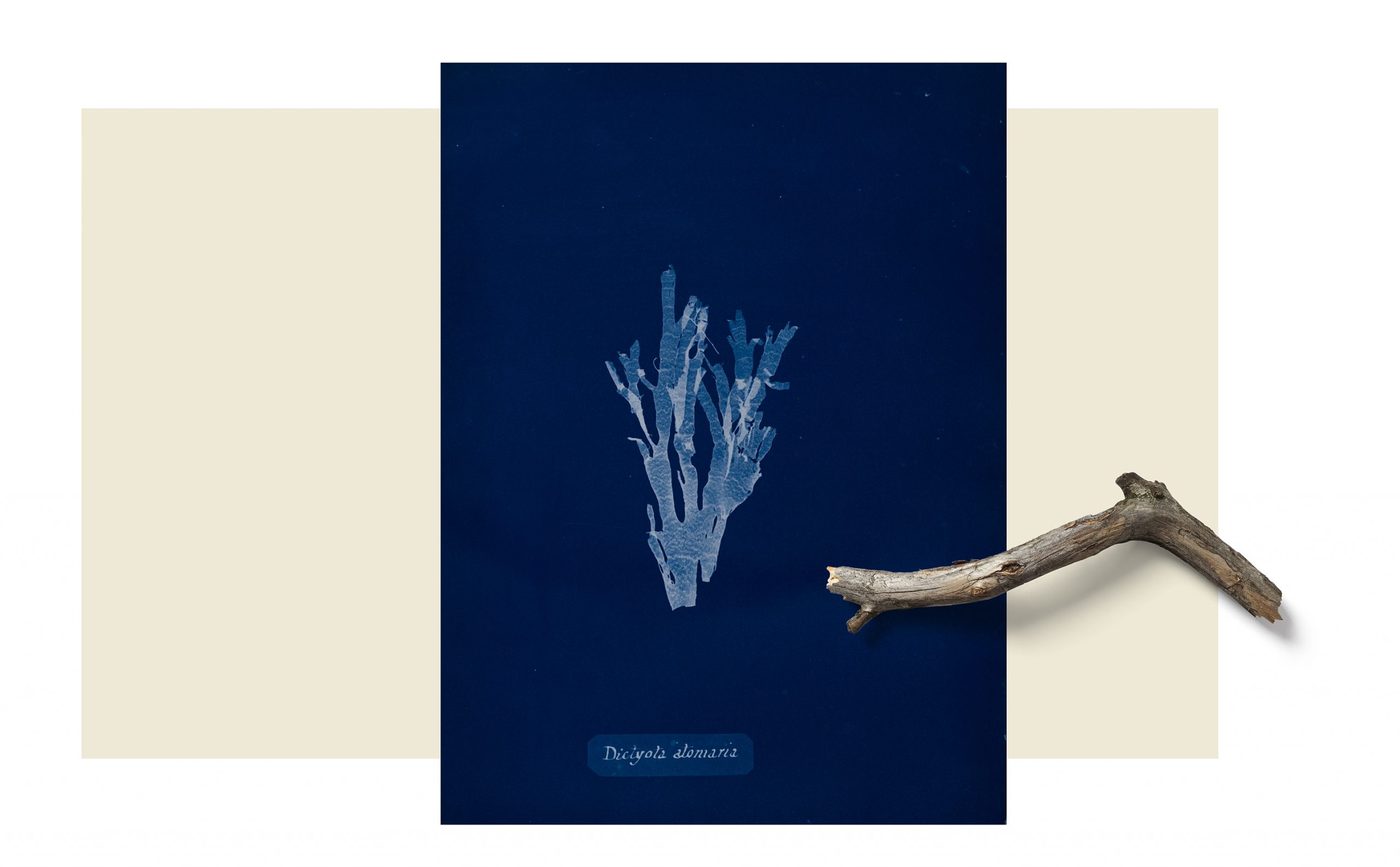 Photography courtesy of
Rijkmuseum in Holland

As the daughter of the renowned chemist, mineralogist and zoologist, John George Children, Atkins received a unique scientific education for a woman of her time. In her early twenties, Atkins completed 256 scientifically accurate drawings of shells, which were published in her father’s English translation of Jean Baptiste de Lamarck’s catalogue titled “Genera of Shells.”

“With the introduction of photography, you get a whole new opening up of how natural history and science can be presented in print.”

Atkins sought, as she later explained, “to obtain impressions of plants themselves.” In writing to her friend in October 1843, Atkins expressed, “I have lately taken in hand a rather lengthy performance. It is the taking photographical impressions of all, that I can procure, of the British algae and confervae, many of which are so minute that accurate drawings of them are very difficult to make.”

The cyanotype process made use of paper coated with a light-sensitive chemical solution produced with ferric salts. A botanical specimen was placed directly onto the dried paper and exposed to sunlight for 10 to 40 minutes. The image was then fixed by washing in water and appeared as a white negative on a cyan-coloured background, hence the term “blueprint” adapted by architects. The end result produced diaphanous and gossamer-like botanical prints, with sharp contours and precise definitions of the marine plants’ delicate veins and spindly arms.

“The beautiful blues of the pencil drawings, watercolour washes, and original cyanotypes from Atkins’s collection come together on each page as an immersive experience, creating an array of blue that limns Atkins’s world.”
— School Library Journal

As part of her magnum opus, Atkins self-published her photograms with over 400 types of algae in the first volume of “Photographs of British Algae: Cyanotype Impressions,” considered the first book illustrated with photographic images. She soon distributed copies to scientific institutions and friends from academia, including Sir John Herschel and The British Museum.

In 1853, Atkins began to venture beyond the aquatic life, producing cyanotypes of ferns, such as Polypodium Phegopteris, Aspidium Lobatium and Pteris Rotundifolia (Jamaica). Inspired by her first book, Atkins amassed these prints in “Cyanotypes of British and Foreign Plants and Ferns,” which is considered her most accomplished publication.

Atkins supplied specimens to renowned botanists at Kew Gardens, and her herbarium of British plants was donated to the British Museum in 1865. Her contribution to photography is commemorated by a blue Photographic Heritage plaque at Halsted Place School in Kent.

Only 20 copies of the three-volume “Photographs of British Algae: Cyanotype Impressions,” printed over the course of a decade are known to be in existence. They are currently held by various institutions, comprising the British Library, London; Kelvingrove Art Gallery and Museum, Glasgow, Scotland; Metropolitan Museum of Art, New York; New York Public Library; The Royal Society, London; The Victoria and Albert Museum, London; The Linnean Society of London; The Horniman Museum and Gardens; Rijksmuseum, Amsterdam; and Université de Montréal, Montréal.